At the Woodford Folk Festival on New Years eve in 2020 Pratima predicted that the world would not look the same by the end of the year. That a very dramatic change was about occur and that we would look back at the 1990’s as a previous age in humanity’s history.

In this new video Pratima  gives her astrological predictions for 2022 in the beautiful setting of the Mongolian Yurt at Temple Byron.
Surrounded by crystals and flowers she explains what an important month February was  for the planet and how the transits of the outer planets occurring from mid September until the end of December are  also very strong, indicating substantial change on its way.

She looks briefly into what we might expect in the following few years of 2023, 2024 and 2025 when we move away from the long term influences of earth and water and move into a new age more influenced by fire and air when the Age of Aquarius finally begins. 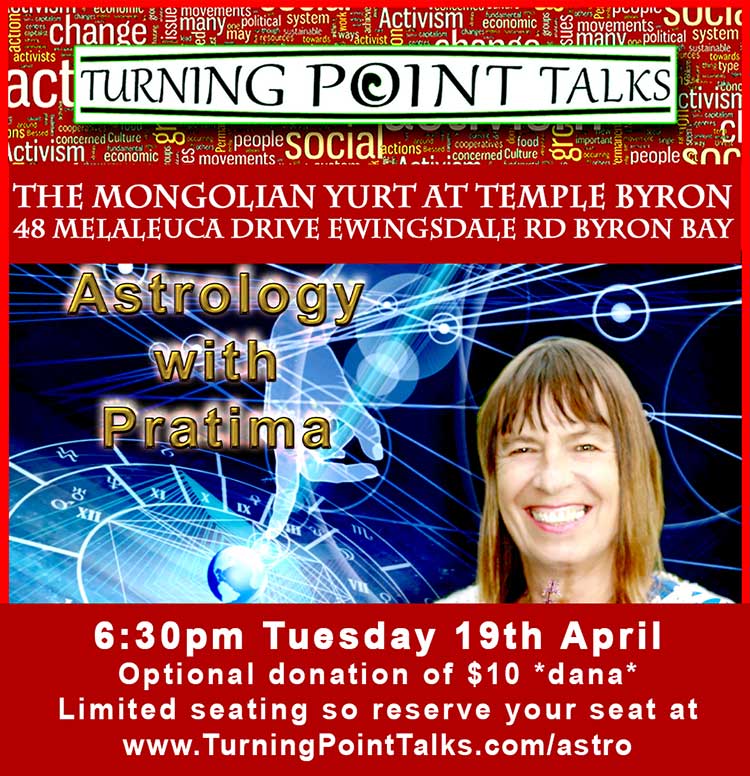