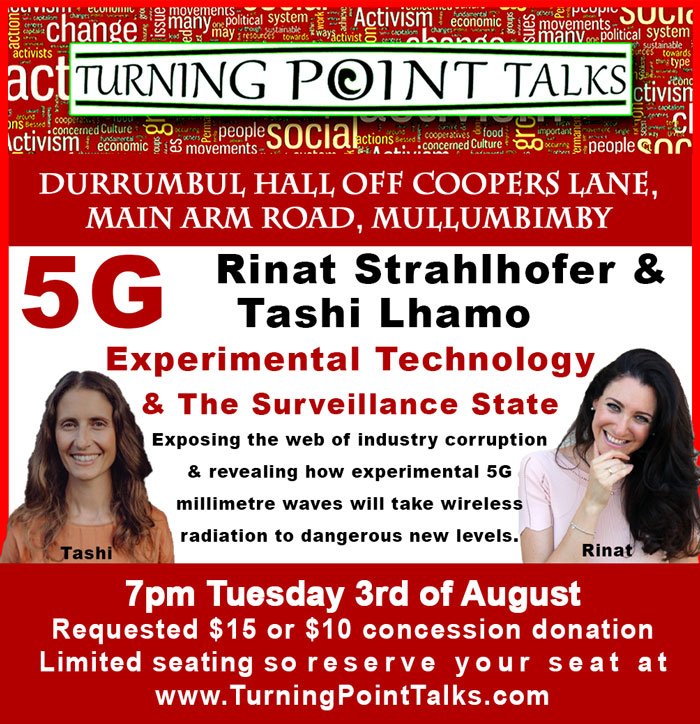 A former telco marketer turned fearless activist who ‘crossed over to the other side’ after she became aware of the extent of industry corruption. She is a spokeswoman for the Northern Rivers for Safe Technology group, a mum and the creator of the global We Are Not SAM campaign. Rinat is passionate about blowing the lid on how Big Telco have used a fraudulent test to license mobile phones and wireless technology to push a technology that causes untold damage on multiple fronts.Rinat exposes how today’s Tech titans have us addicted to devices they claim are safe because these devices, particularly 5G, are the cornerstone for billionaire data miners and the surveillance state. In a time when technology dominates our time, our thoughts, our privacy and our sovereignty, Rinat’s inspires people to re-imagine a better future…to collectively stand up to the destructive forces of corporate greed… to be savvy and safe with devices… and to question the status quo of ‘bigger, better, faster’. For more info https://wearenotsam.com/our-story

An educator, sustainability advocate and impassioned safe tech activist. As a founding member and key spokesperson for Northern Rivers for Safe Technology, Tashi knows better than most the dangers of devices that are marketed as ‘safe’. More than 20 years ago, she discovered that she had EMF sensitivity. This has inspired her to tirelessly work to alert others to the health and safety issues around smart phones and wireless radiation.Tashi has also played a pivotal role in exposing the web of industry and government corruption. As part of her commitment to galvanising the community, Tashi works on the frontlines and behind-the-scenes in a range of capacities. She lives in Uki with her partner and two young children.